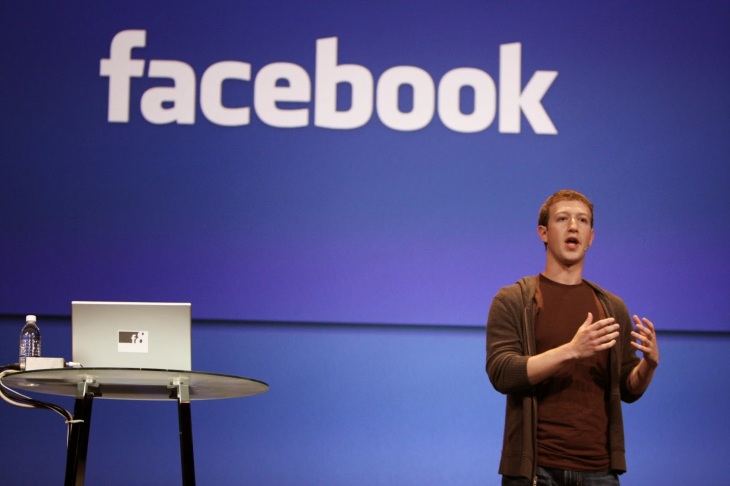 As crazy as it may sound to some people, this headline could probably be in the news before we know it. Both companies are making a ton of money by themselves, but they actually need each other to “survive”. Apple needs a social platform. Facebook needs users that truly love them. And the combined company needs a visionary guru-like leader that speaks Chinese. It’s a perfect match.

They may call it a merger and technically it will probably play out like that. But it will still be the world’s biggest company that buys the worlds most successful social media company. Besides the social platform and a much needed new CEO, they will also get the mobile app power from the strategic important WhatsApp and Instagram.

But that’s not all that is going to happen. There could be a whirlwind of buyouts and mergers. The boards on one side are waiting for a “correction” in the market to make attractive deals and the boards on the others side are getting anxious to strike deals before the correction. Everything will happen in this dramatic time window.

I know this sounds crazy. But please keep reading.

In the near future, the current three horse race will consolidate further. Buyouts and mergers have always been a part of the tech world. The most famous ones like AOL and Time Warner, Oracle and Sun and HP and Compaq may not have been as successful as originally planned, but they did happen after all and they happened for a reason.

The reason that huge mergers are in the horizon is not only history, though. It is the fact that The Big Three does not have the business lines they need to keep their edges in the market. Not all of them, anyway.

The whole world agrees that the race for users, for market shares, for revenues is in mobile/tablet/netbooks (and television revisited) screen experiences. Apple, Google and Microsoft represents a stronghold with iOS/MacOs, Android/Chrome and Windows/Lumia (the R&D regarding AppleTV, Chromecast and Xbox should not be underestimated).

On “the screens” there seem to be a level playing field.

But the equality stops here.

Besides operating systems (and hardware) running on multi screen devices the leaders in the tech world also need to be strong in search, social and entertainment. With translation technologies as a dark horse.

Microsoft is an early investor in Facebook. Twitter was born on the iPhone. But the reverse somehow seems a bitter fit today.

Google and Microsoft are already strong in search. Google was born with it. Microsoft is catching up with Bing, that is superior when it comes to image search. Apple has nothing. Therefore, they will buy DuckDuckGo.

The dark horse is translation technology. Again, Google and Microsoft are leading the pack. This is an area, where there are no obvious candidate for Apple. At least not one that I know of.

Google+ is a top three social network. Microsoft (so.cl is not taking off) can buy Twitter. Apple can buy Facebook. Or the other way around. But all four companies need each other, so it’s a solitaire that needs to be played out.

Microsoft is an early investor in Facebook. Twitter was born on the iPhone. But the reverse somehow seems a bitter fit today.

People need entertainment. We need music. We need movies. We need games. Google has YouTube and Google Play. Microsoft has Xbox. Apple has iTunes. But there will be another game of solitaire when Netflix, Hulu, Spotify and SoundCloud are on the table. There will be a fierce bidding war for Netflix and Spotify. And a combined Apple/Facebook could eat them both and create a social tech entertainment monster, that are still operating within competition regulations.

In the chat apps market, Facebook has a strong lead with the combined power of Messenger (that used to be a popular Microsoft brand and product – how did they manage to Shanghai that?), WhatsApp and Instagram. Google has Google Talk, which is now merged with HangOuts and Microsoft has Skype for consumers and Yammer for business users. But only WhatsApp (and possibly Snapchat) has real tracking, which is another argument for the Apple Facebook merger. (Note that the new Facebook Rooms product is only available on the iPhone).

The only real competition come from the Asian app giants WeChat (China), Kakao (Korea) and LINE (Japan/Korea). They are all expected to IPO in the U.S. and the combination of superior technology, huge user bases and new money, they will all be serious contenders to The Big Three. Imagine the Asian powerhouses together, though, in combination with industrial giants Huawei/ZTE, Samsung/LG and Sony/Panasonic. These scenarios are the only real competition in the future tech landscape. The lack of a continental union and cultural and historic conflicts, however, obstructs this vision for an Asian alternative to the podium. (Imagine Huawei, Baidu and WeChat under one power brand, though).

In Europe, we have the union and the tradition for collaboration as seen with Airbus. But there are no real tech giants. One of the few non U.S. and non Asian companies to challenge in social is VK in Russia. The spin off Telegram, based in Berlin, is one of the few challengers in the mobile app market. But the current political climate and the sanctions against Russia is blocking for European powerhouses, that can benefit from the Russian talent (think Vitalik Buterin) and money (think mail.ru).

That is the sad part of this story.

The good part of this story is that the blockchain is about to change everything and that we will see “the next Google” grow out of this groundbreaking community and technology, that is as revolutionizing as the Internet itself was when it changed our lives in the nineties.

I will see you by the newsstand soon.

I also want to read the “Apple buys Facebook” story when it eventually appears.

PS. Yes. Someone will also buy LinkedIn and Pinterest. Maybe IBM and Alibaba. Or Lenovo and Amazon.