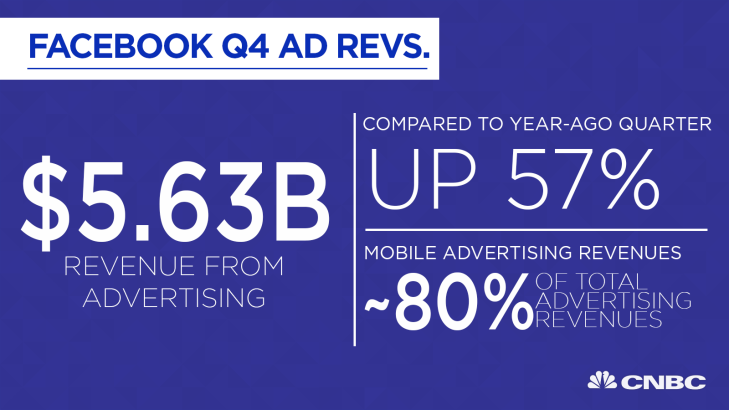 Shares in the company jumped more than 6 percent in after-hours trading. Even shares of social media competitors like LinkedIn and Twitter traded higher Wednesday after the bell.