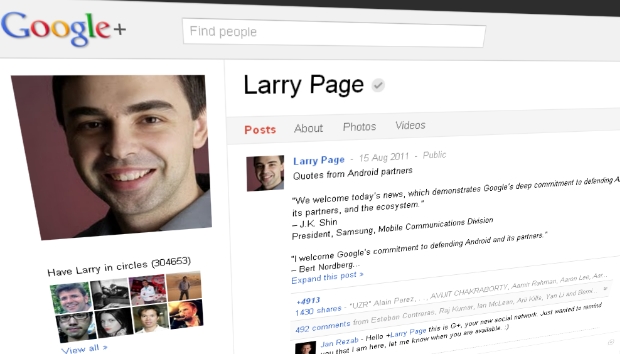 The New York Times had a Q&A with Larry Page after the Google I/O keynote, where many people – myself included – were surprised that Google Plus was not mentioned.

Apparently, it is now a part of the Chromecast campaign.

Also, unlike what the Apple-powered press writes, Google is more committed to social than ever.

With Amazon, Apple and Microsoft out of the social game, Facebook and Google will – along with Twitter – remain the big three for a long time coming.

Here is the segment, where Larry Page reflects on Google Plus:

Q.
What’s going on with Google Plus?

A.
Mr. Page: I think there’s a lot of things going on with Google Plus. I’m a very excited user of it. You saw some demos showing how it works with Chromecast — that’s one of the things I’ve been excited about. The service has been growing tremendously. People are always like, “Oh, what’s going on?” But for us, we’re superexcited about it because it’s a big service, growing continuously, since we launched it, at a high rate, and we’re making it better and better every day.

Q.
Is “social” as important to you now as it was two years ago?

A.
Mr. Page: Yes, if anything, probably more important. We have a very excited, dedicated community. People forget we’re able to make our services better by understanding your relationships, making sharing work and understanding identity. These are deep and important things for us as a company. When people ask about Google Plus they think about it as, “I’m going to the stream.” For us, Google Play reviews are part of Google Plus, too. We see all those things growing and being important for us.

Here is an excerpt from Wired, that talks to I-want-to-be-Google-CEO Sundar Pichai, who is a little more vague in his answer.

Pichai: Google is all about information. So the notion of using and presenting information in the right point at the right time to users is what in essence describes Google.

On a final note: look at the huge differences in numbers between Facebook and Google Plus at three years old: 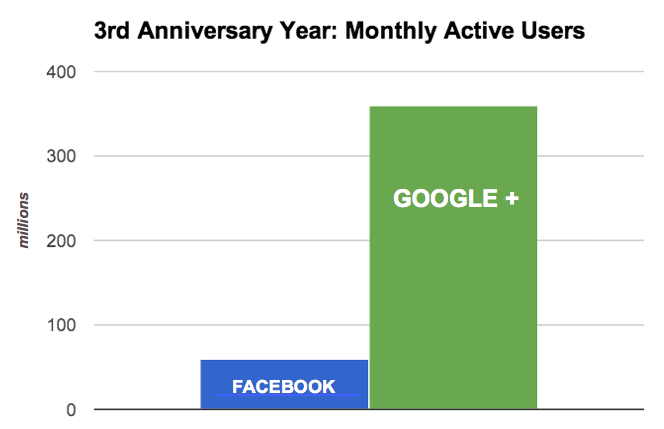 UPDATE! This infographic was just released: