The foundation of the Free University in 1945 marked the rebirth of liberal education in Berlin after the war; since then it has occupied a central role in the intellectual life of the city. Today, with more than 39,000 students, it is the largest of Berlin’s three universities. This redevelopment scheme includes the restoration of its Modernist buildings and the creation of a new library for the Faculty of Philology.

The University’s mat-like campus was designed by Candilis Josic Woods Schiedhelm and was hailed as a milestone in university design when the first phase was completed in 1973. The facade was designed by Jean Prouvé, following Le Corbusier’s ‘Modulor’ proportional system.

It was fabricated from Corten steel, which has self-protecting corrosive characteristics. The rusty appearance of these buildings led to the nickname of ‘die Rostlaube’ − the ‘rust-bucket’. However, in the slender sections used by Prouvé the steel was prone to decay, which by the late 1990s had become extensive. As part of a comprehensive process of renewal the old cladding has been replaced with a new system detailed in bronze, which as it patinates over time emulates the colour tones of the original.

The new library occupies a site created by uniting six of the university’s courtyards. Its four floors are contained within a naturally ventilated, bubble-like enclosure, which is clad in aluminium and glazed panels and supported on a tubular steel frame with a radial geometry.

A translucent inner membrane filters daylight and creates an atmosphere of concentration, while occasional transparent openings allow glimpses of sunlight. The bookstacks are located at the centre of each floor, with reading desks arranged around the perimeter. The serpentine profile of the floors creates a pattern in which each floor swells or recedes with respect to the one above or below it, generating a sequence of generous, light-filled spaces in which to work. Interestingly, the library’s cranial form has earned it a nickname of its own – ‘The Berlin Brain’. 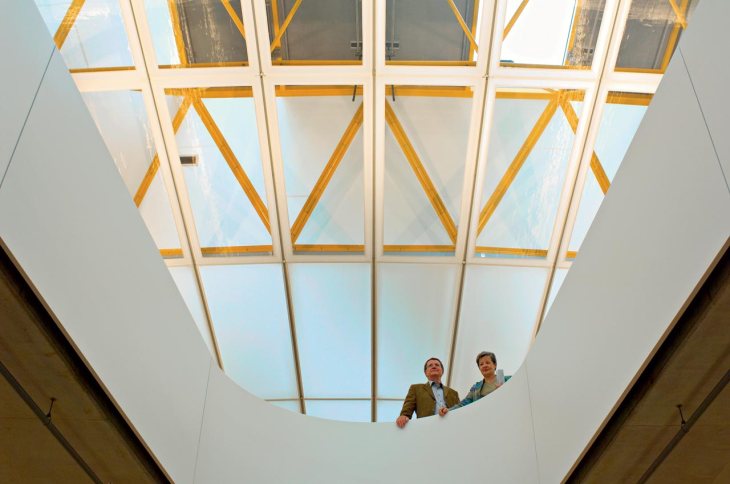 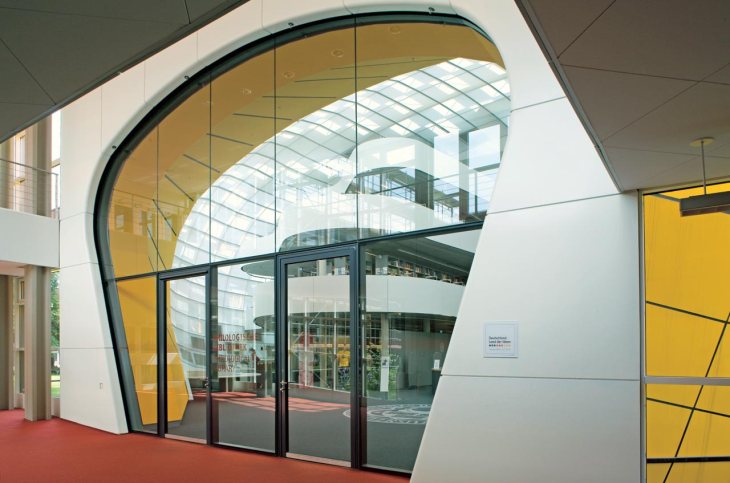 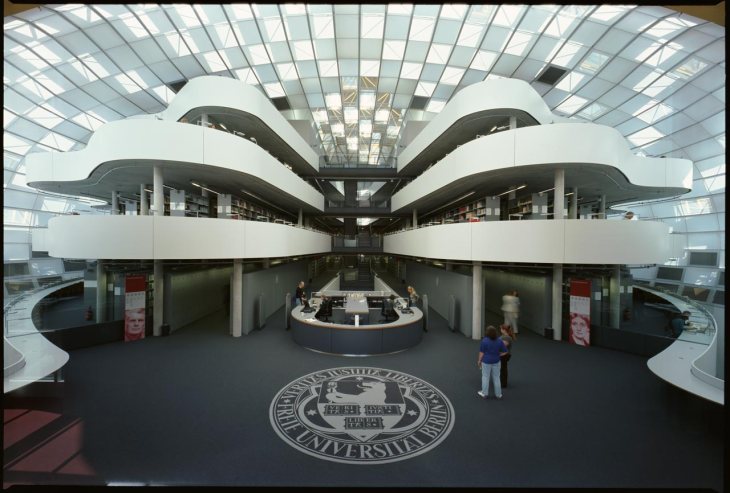 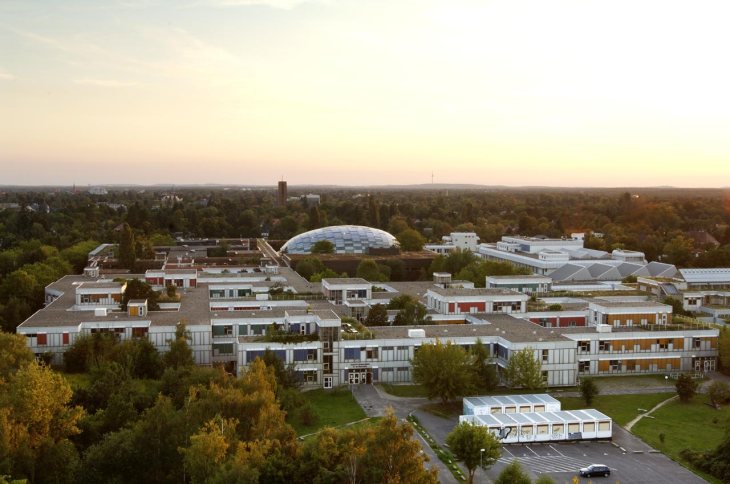 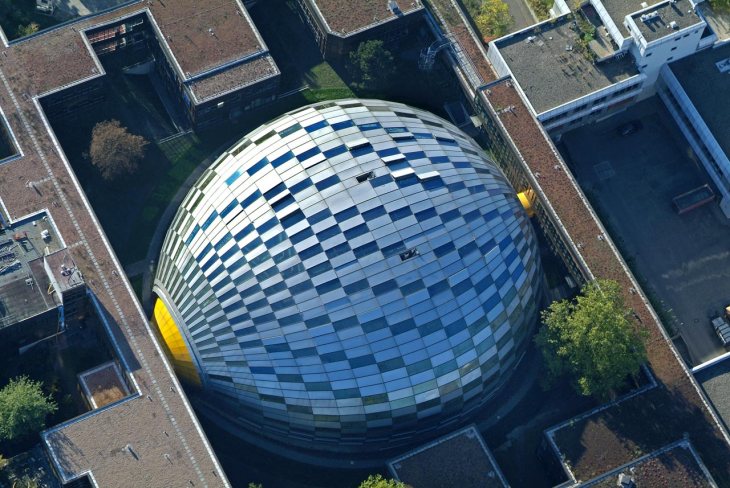 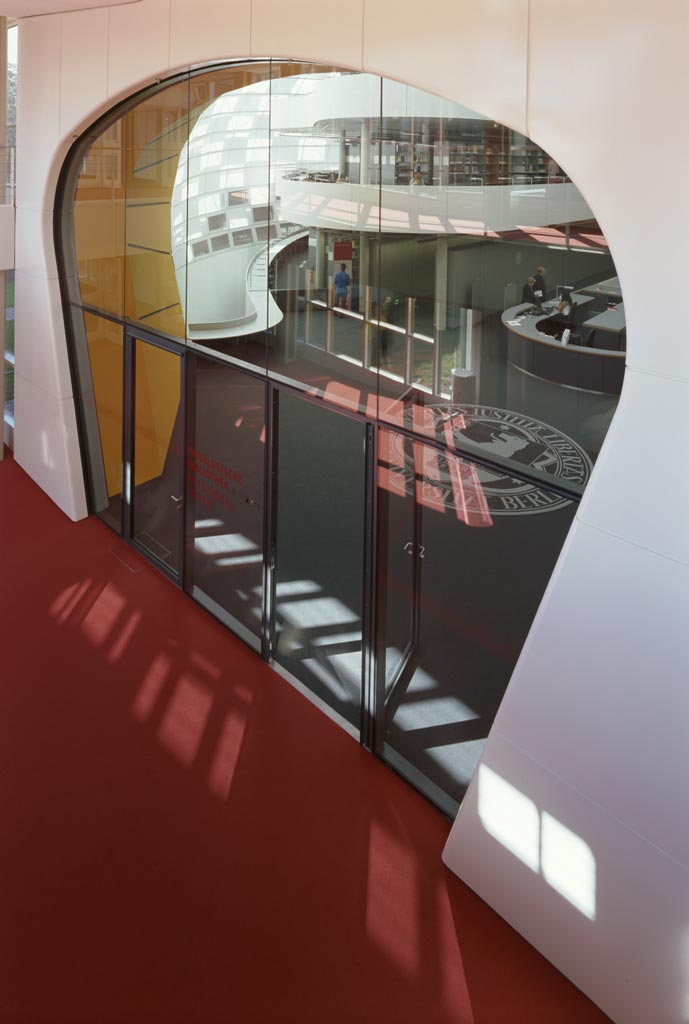 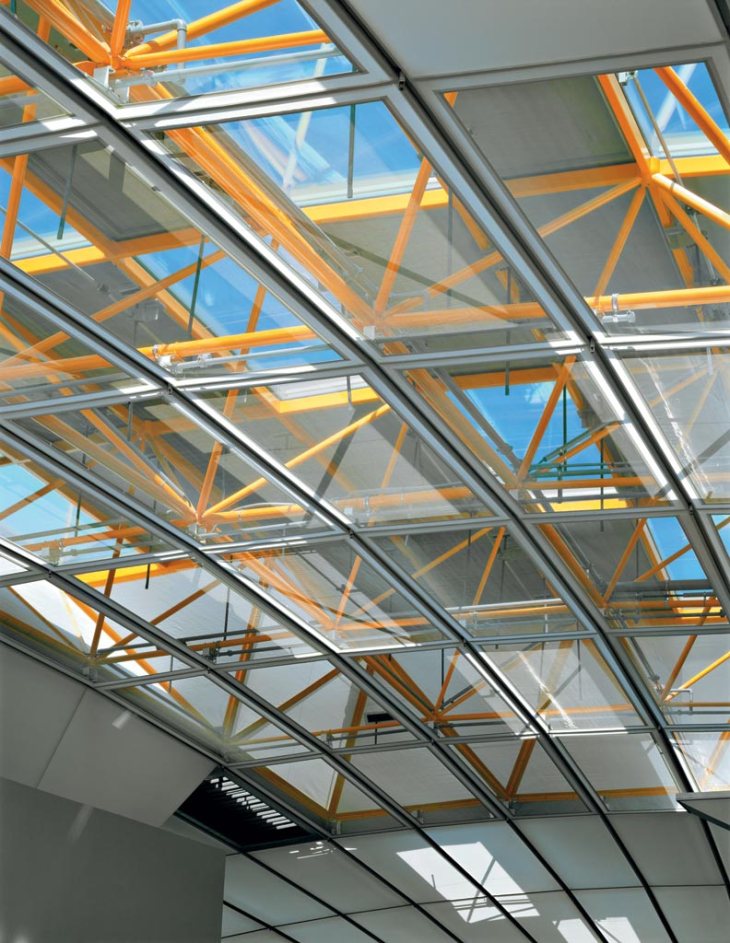