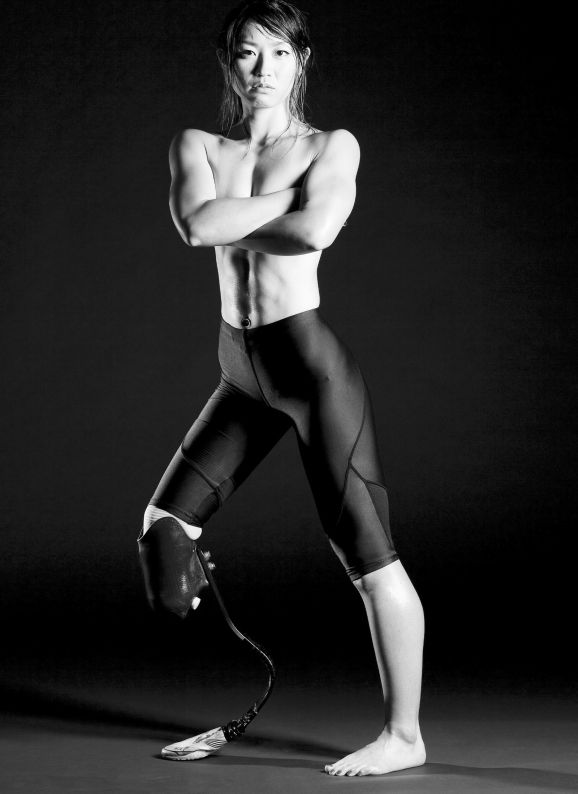 Nakanishi lost her right leg below the knee in a workplace accident when she was 21, then became a sprinter with her prosthetic limb. She is the Asian record holder in the T44 (one leg amputated below the knee) 200-meter and long jump and she was the first Japanese woman to be at the start line in a 100-meter final race in the 2008 Beijing Paralympic Olympics.

But with little financial assistance, she made up her mind to pose herself partially nude in her calendar to fund her trip to compete in London. The calendar of 7,000 copies is priced at 1,200 yen in Japan.