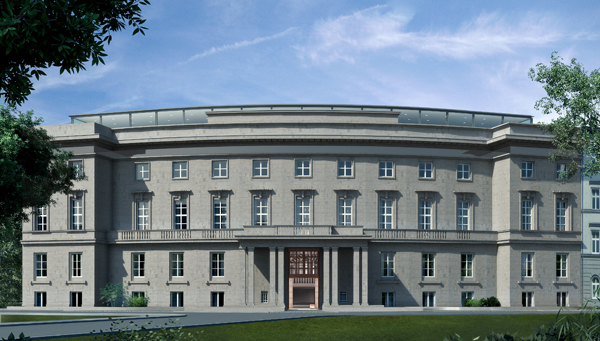 Occupying a 1930’s building that was originally Berlin’s Royal Danish Embassy, Das Stue’s unique heritage is reflected by its name, the Danish term for “living room.” The hotel incorporates the prominence of its classicist façade and the natural beauty of its leafy Tiergarten address, formerly the city’s royal hunting grounds. Not far from the Neue Nationalgalerie, the Berlin Philharmonie and the grand shopping boulevard Kurfuerstendamm, Das Stue is centrally located in an idyllic setting exalting history, romantic wilderness and cosmopolitan culture. The owners have created a sophisticated urban retreat with personalized comforts. The hotel is designed to ensure the feeling of being invited into the living room of someone, who is well-connected in Berlin and can offer immediate access to the countless attractions of Germany’s capital city. [Source]