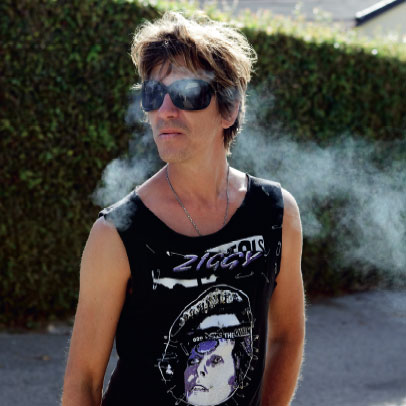 William Basinski was born in 1958 in Houston, Texas. A classically trained clarinetist, he studied jazz saxophone and composition at North Texas State University in the late 1970s. In 1978, inspired by minimalists such as Steve Reich and Brian Eno, he began developing his own vocabulary using tape loops and old reel-to-reel tape decks. He developed his meditative, melancholy style experimenting with short looped melodies played against themselves creating feedback loops.

In August and September 2001, he set to work on what would become his most recognizable piece, the four-volume album The Disintegration Loops. The recordings were based on old tape loops which had degraded in quality. While attempting to salvage the recordings in a digital format, the tapes slowly crumbled and left a timestamp history of their demise.